We would like to offer our sincere support to anyone coping with grief. Enter your email below for our complimentary daily grief messages. Messages run for up to one year and you can stop at any time. Your email will not be used for any other purpose.

Read more about the life story of Wayne and share your memory.

Whitehall-Wayne Robert Senecal passed away on Saturday, November 12, 2022. Wayne was born on February 25, 1934, in Mt. Holly, Vermont, the second son of Paul J. and Catherine J. (Phelps) Senecal, at the end of a weeklong blizzard with Catherine’s sister Charlotte in attendance.  Dr. Miller arrived too late for the delivery.

Wayne started school in Mill Village (Rutland Town) in 1940 and attended school there until March 1, 1943, when the family moved to the farm in Whitehall, New York. He graduated from Whitehall High School in June 1952.  Wayne went on to the New York Agricultural and Technology College in Cobleskill, on a New York Regents Scholarship.  Upon graduation he married the girl of his dreams, Carol Anne Manell on August 1, 1954.  Later that year, he and Carol started their farming career with Wayne’s father by, buying the adjacent Joseph Buckley farm.  After 44 years, it was time to retire, so Wayne and Carol sold the farm.  They built their retirement home on a piece of the farm. with a beautiful view of the land they loved, where they intended to finish out their lives.

During his lifetime Wayne was president of the Whitehall Central School Board, as well as president of the Washington County Farm Bureau. In his retirement, Wayne enjoyed his role as guide at the Skenesborough Museum where his mother had also worked.

Wayne is known for his easy wit, flirtatious manner, and love of conversation.  He had many collections including toy replicas of every tractor used on the farms.

Viewing and words of remembrance will be Friday, November 18, from 6-8pm at Jillson Funeral Home 46 Williams St., Whitehall, New York.  The next day, Saturday, November 19 at 1pm there will be a graveside committal service and burial in the family lot at Our Lady of Angels Cemetery.

To send flowers to the family or plant a tree in memory of Wayne R. Senecal, please visit our floral store. 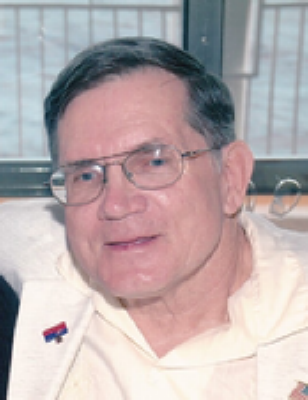 In Loving Memory Of

Look inside to read what others have shared


Family and friends are coming together online to create a special keepsake. Every memory left on the online obituary will be automatically included in the book.

You can still show your support by sending flowers directly to the family, or by planting a memorial tree in the memory of Wayne R. Senecal
SHARE OBITUARY
© 2022 Jillson Funeral Home Inc.. All Rights Reserved. Funeral Home website by CFS & TA | Terms of Use | Privacy Policy | Accessibility